The Walsc Inter-tenancy Wall System consists of a single leaf of 50mm reinforced Walsc AAC Panels separated by a cavity and stud frames (with insulation and plasterboard) on each side. The single leaf of reinforced Walsc AAC Panels are arranged in one of the following three systems, Horizontally Aligned, Vertically Aligned and Vertically Staggered.

Each system orientation represents a different system which have slightly different components and fixing methods. The systems are not interchangeable on a single building installation unless completely isolated by control joints. All panel orientation systems include Walsc AAC Adhesive applied to the panel edges where there are adjoining panels. 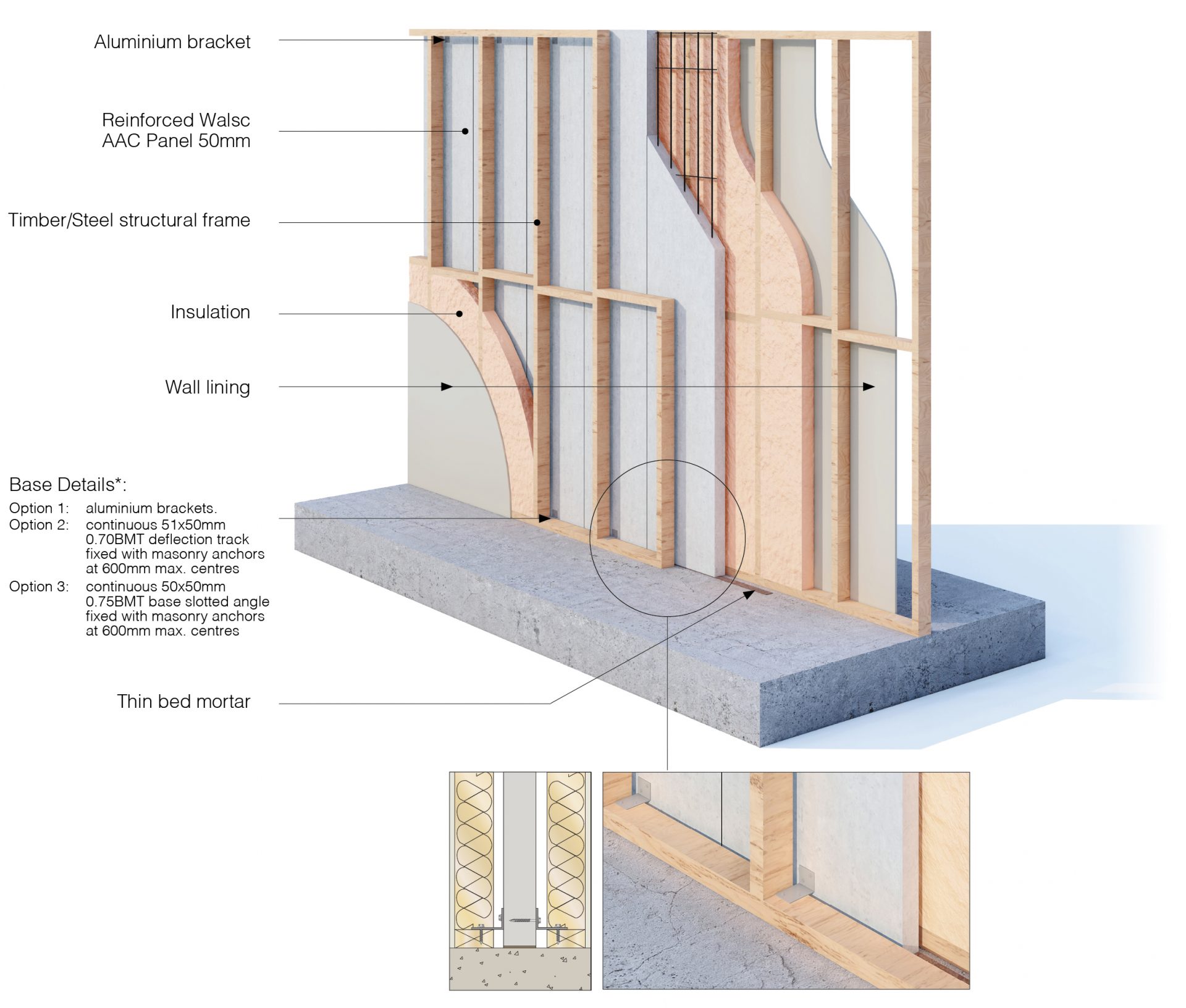 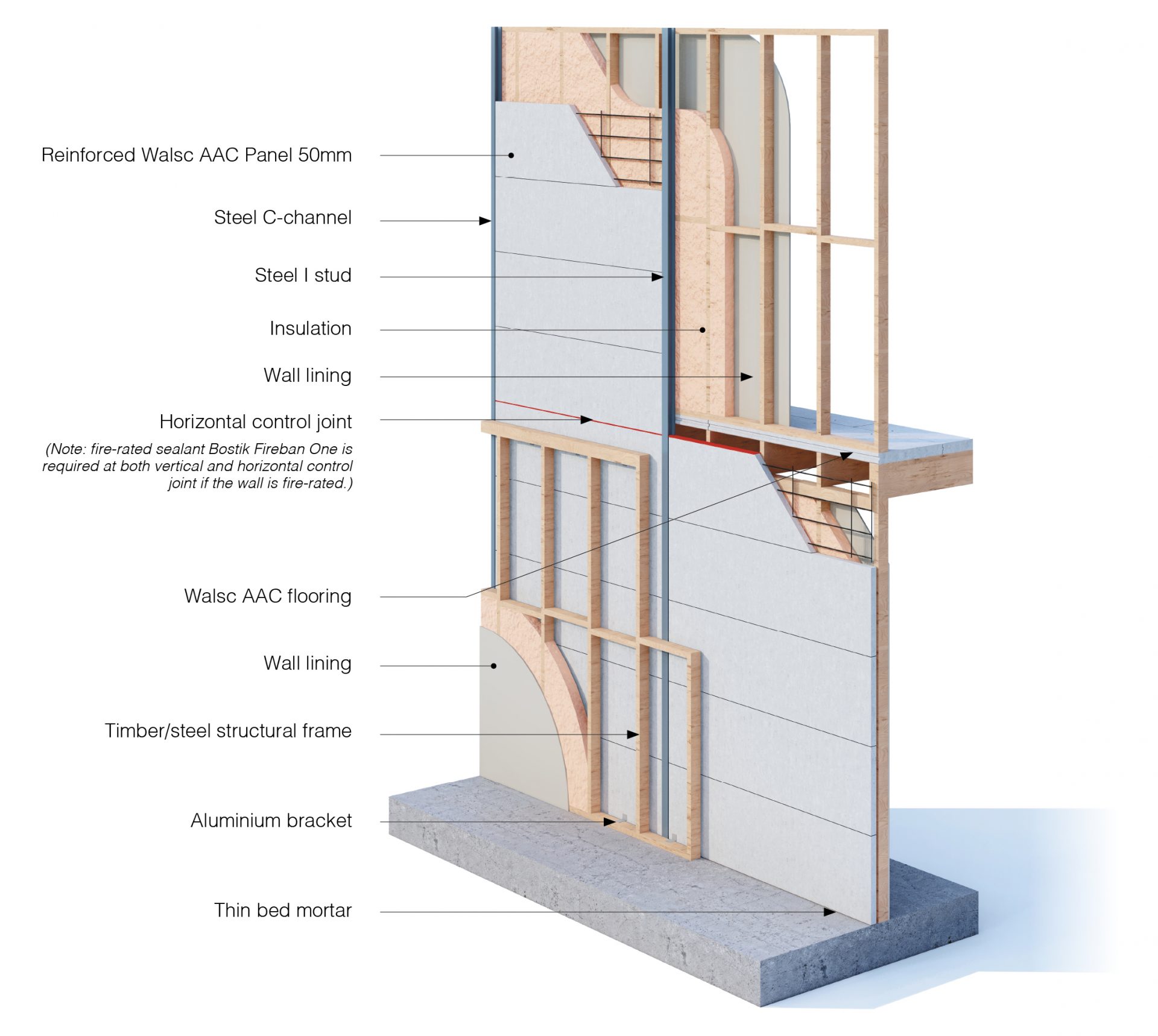 Our AAC panel systems are tested and assessed locally in Australia for compliance with the requirements of the building codes of Australia. This ensures that Walsc AAC Panel Systems provide confidence and certainty to regulatory authorities and to our clients. The Walsc External Wall Cladding System and Inter-tenancy Wall Systems 50mm & 75mm Light have been accredited CodeMark Certification (CM40331, CM40332) via CertMark in Australia. 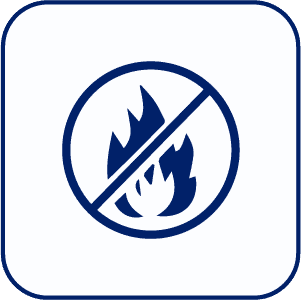 AAC material has earned a reputation for its outstanding fire-resistant properties. It is non-combustible and offers the best fire-resistant performance among any building material currently on the market. In case of fire, it does not release toxic gases and smokes or drip burning materials and prevents spreading of fire.

All the ingredients contained in the reinforced Nasahi AAC Panel are natural and toxic-free which also means no pollutant and toxic gases will be generated during the manufacture and installation. Even the scrap material that is produced during the utilisation can be recycled.

Reinforced Nasahi AAC Panel is proven to be an extraordinary acoustic insulation material by building a defence against external noise pollution. Its sound insulation value is greater than other materials of the same weight.

Reinforced Nasahi AAC Panel enhances the strength and security by combining with the corrosion protected steel, the durability is quite similar to concrete.

The wall systems have been accredited CodeMark Certification and all systems are undergoing continuous testing by NATA accredited laboratory to ensure its compliance with various requirements especially in fire resistance and acoustic insulation.

Panelised Walsc AAC products with flat packed delivery remarkably contribute to the speed of construction. It enables laborers to install much more square footage of AAC than that of traditional masonry materials within the same period of time, promoting the efficiency during the entire lifetime of the project.

We offer sales services, technical advice and support to meet the satisfaction. We actively cooperate with our customers to ensure the project is completed smoothly.

Wall system details and technical related information including construction details can be found from the design installation guide. 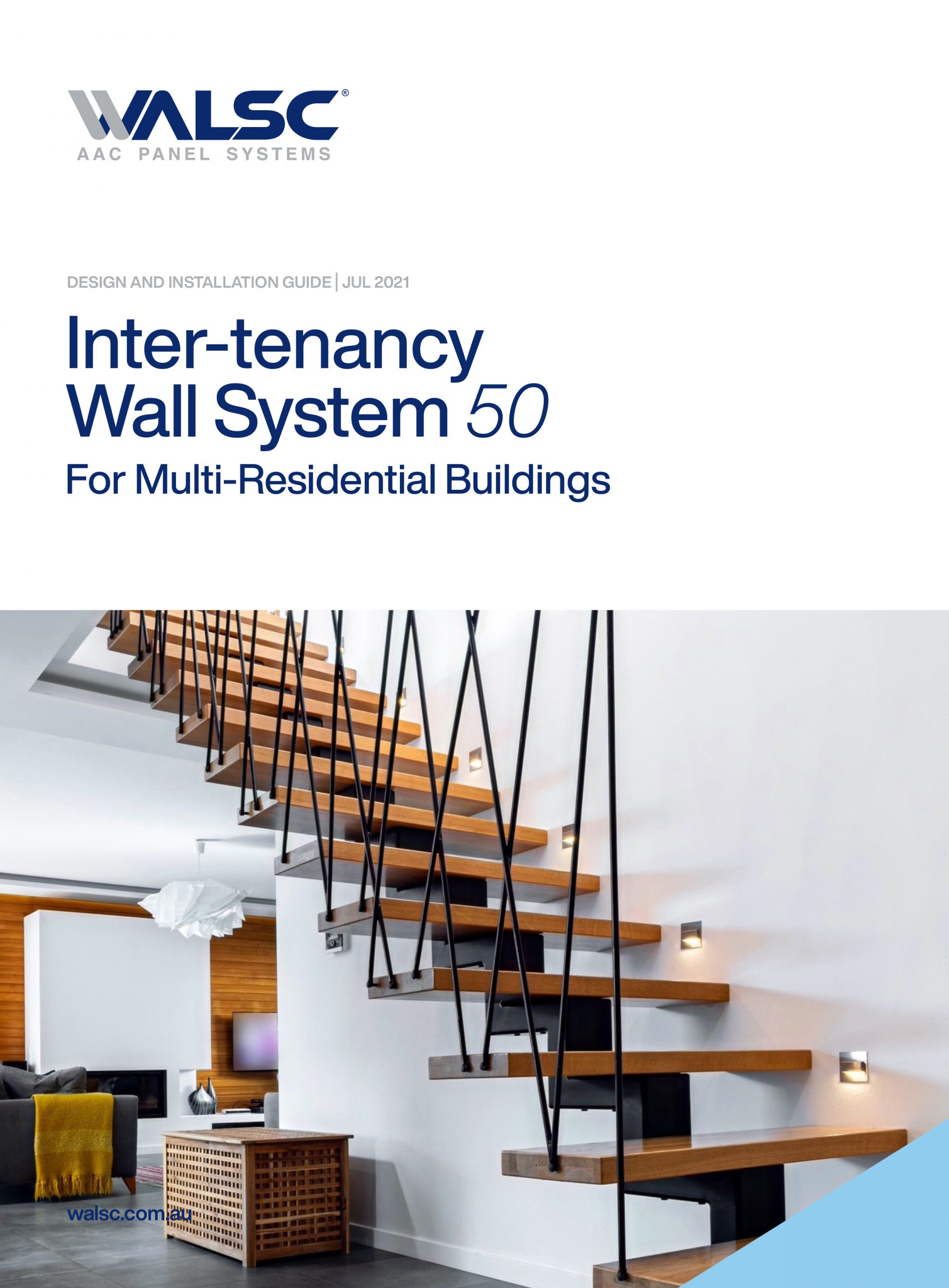 Health & Safety, Warranty and Others

Get in touch with us for any inquiry including project specification, technical or sales support. 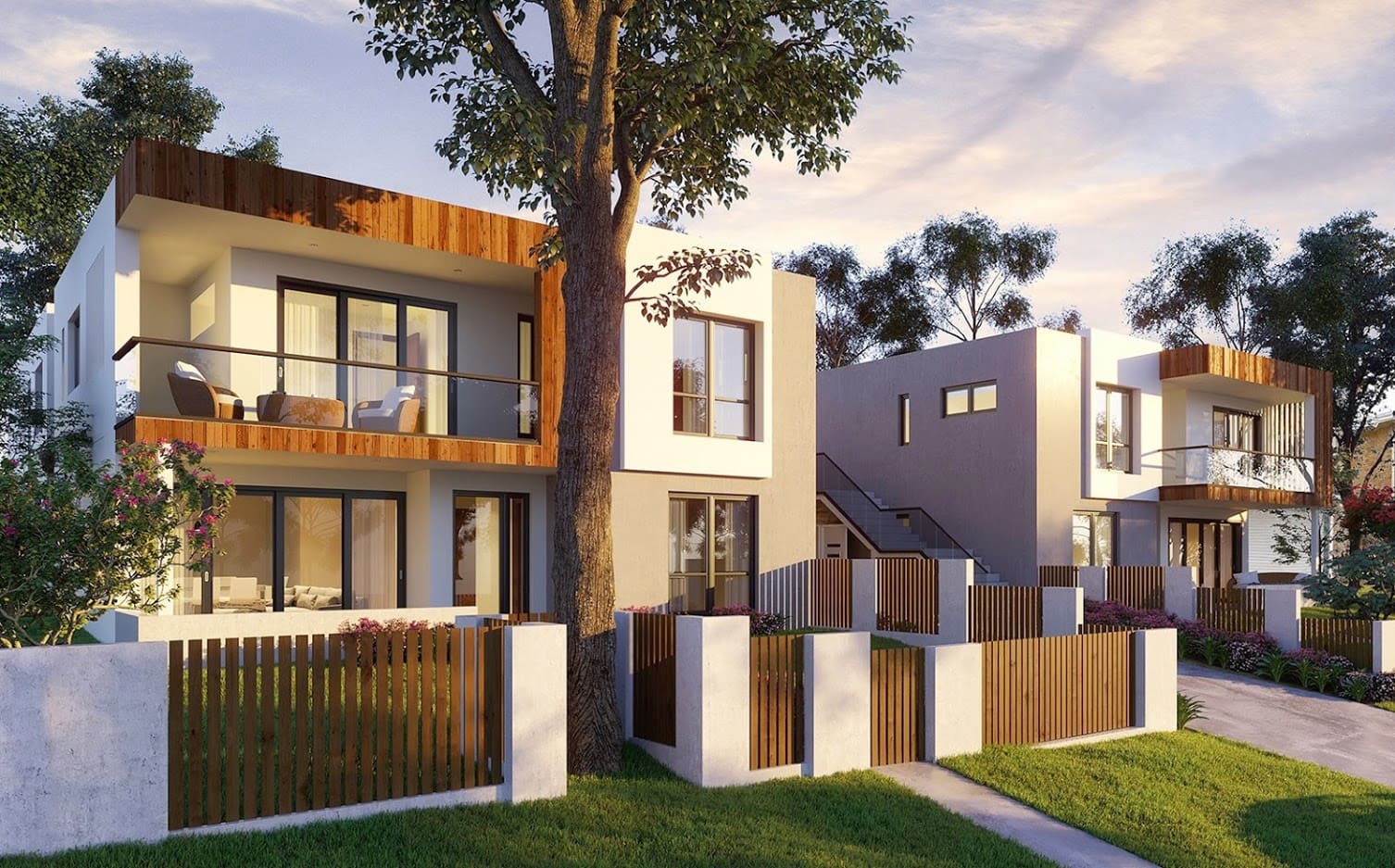